Disclaimer: I received a copy to review. No other compensation was given, all opinions are my own.

I sat down to watch Grease Live! with my family a little biased.

My husband and I are major fans of Grease. It was the soundtrack of many road trips and we even bought our eldest a Greased Lightning Hot Wheels car when we found one.

The DVD of Grease Live! is out next Tuesday, and I wholly recommend it.

The live show was full of surprises, from cast members making appearances to the rain making a unplanned appearance. It’s anupdated take that reflects more of the stage show while being inspired by the movie is a great way to keep this classic living on.

The performances are epic. I adored Vanessa Hudgens as Rizzo, after being obsessed with finding little clips of her as Gigi on Broadway (one of my favorite musicals EVER and a novella I happen to own). My 6-year-old recognized Carlos from Big Time Rush and was captivated. And hello, Boys II Men.

Also – none of that weird plastic wrap dancing.

Seriously, never understood why that was there. 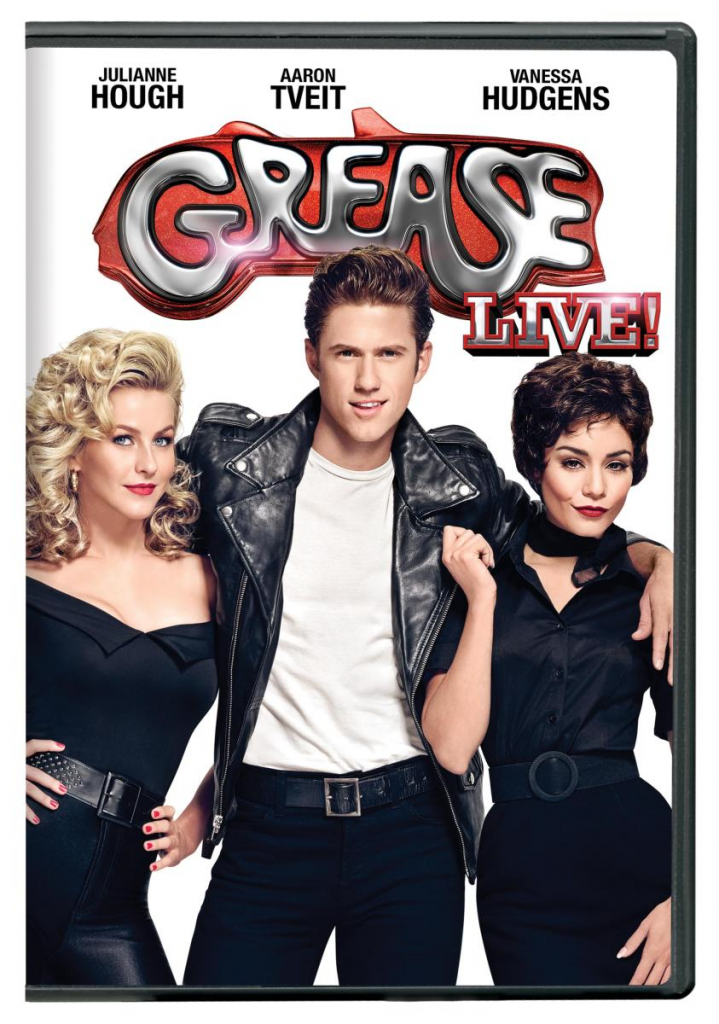 The  DVD has a lot of special features, including interviews, behind-the-scenes on the production (how did they get everywhere so fast!) and choreography.

You will know after checking out the feature about ‘becoming’ the characters.

Who would you play?

The Grease Live! DVD is out March 8th.

Grab it faster than a T-Bird grabs a cigarette.

The sun shines Adventures with the Rescue Bots