Is your kid’s lunch bought locally?

I started digging around for information on local health after someone mentioned my county had an abysmal diabetes rate and I saw a local story about a city getting its fifth McDonald’s.

My attention soon turned to availability of food in schools and the USDA’s Farm to School program. My district has almost 40% of kids getting assistance with meals – my son’s kindergarten class is mixed in with the breakfast kids every morning as they wait for their teachers, many of them eating still. 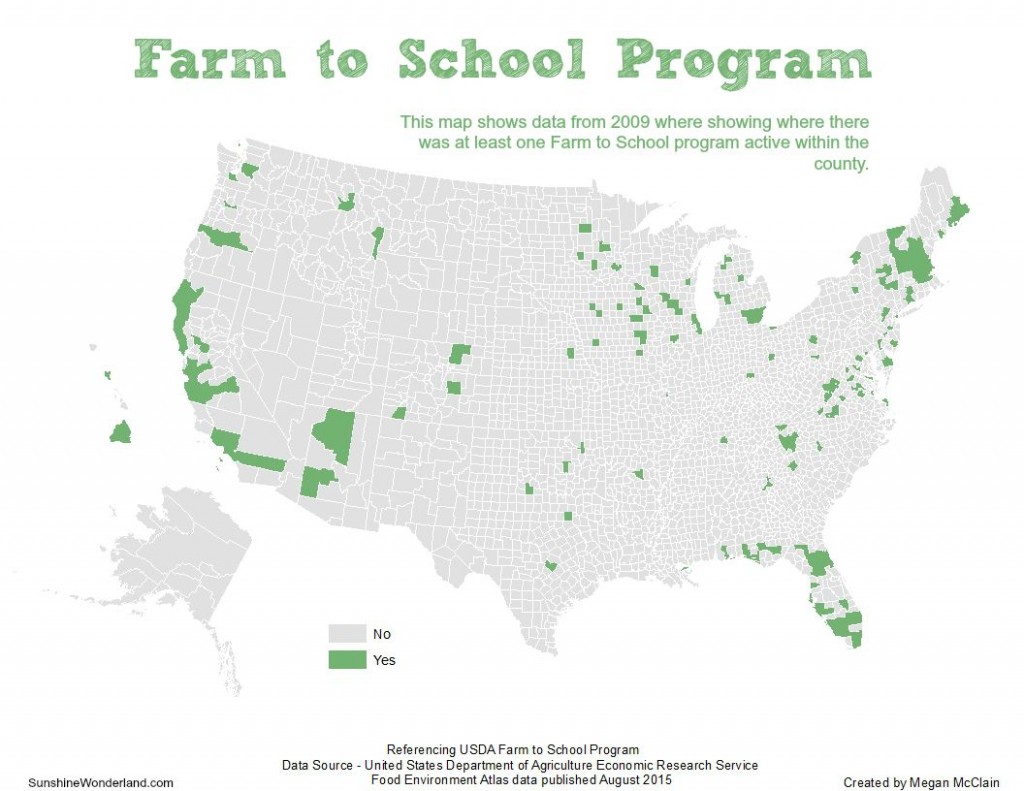 Understanding that the data from the Food Environment Atlas from the USDA was about 6 years old, I was surprised at how little there were food programs in 2009.

My home state of California seemed to be doing pretty good compared to some, but how was it locally for me?

Things changed in the last few years. From a census taken a few years ago, I saw growth in the Farm to School program.

I saw schools with over half of their food sourced locally.

(Sorry, I kept this next set of information to California, but you can find out about your local area here.) 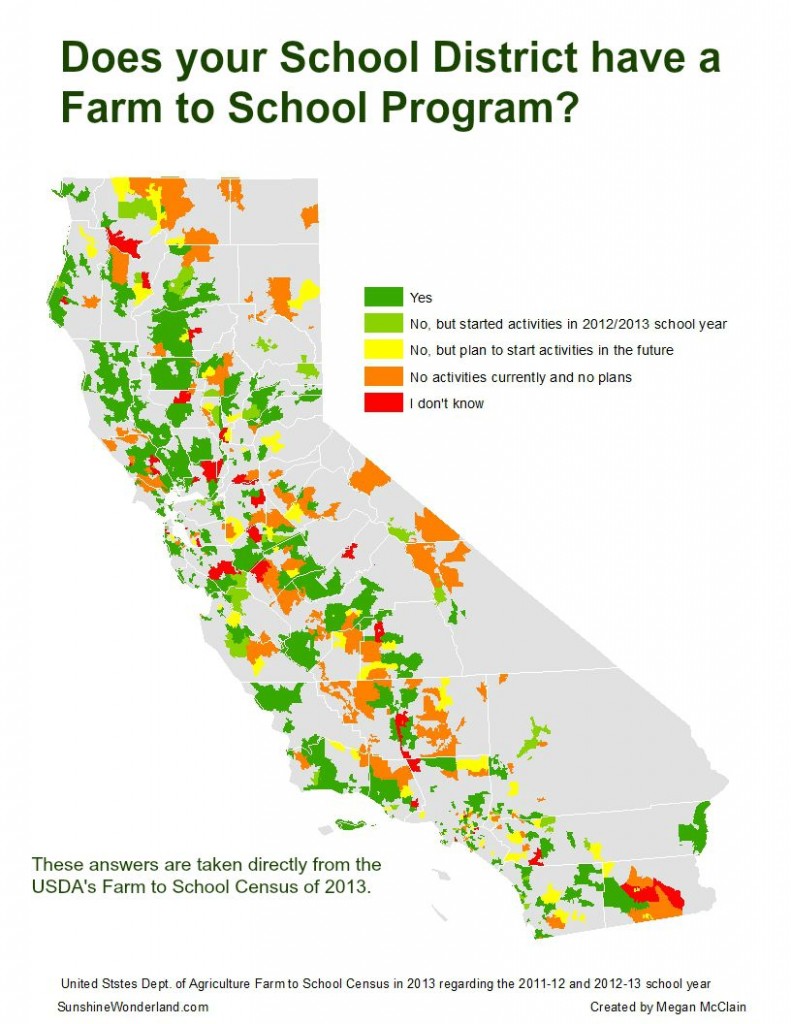 I was totally flummoxed by that number. Only 3% of the budget was from local foods, when locally we had a combined total of almost 5,000 acres of fruit trees, nuts and vegetables.

However, from 2009 to 2012 there was somewhat more of an expansion in the Farm to School program. We are included in the program now with five gardens somewhere in our 19 schools, and local fruits being served at least once a week throughout the district.

Our top five served was oranges (if you know my local area, that is no surprise, kiwi, strawberries, watermelon, snap peas and kiwi.

So back to the question of getting more local produce in?

According to the Farm to School Census, my district buys food locally, as it defines the same city or county, but has no access to a better variety or to vegetables.

This district has a wide variety of children to cater to, including the 39% that gets free or reduced lunch.

This is leaving me with several questions. Where is the food being locally sourced come from? What obstacles are in the way of having more locally-sourced food in the local schools?

And what are the success stories?

Five Things the Back to School Adult Should Know Guns, laws and guns