Disclaimer: I am participating in a program with compensation and a chance to review the game. All opinions are my own.

I walked in with my two sons into a pink and yellow fluffy wonderland last week when we drove down to Smashbox Studios in Culver City to check out Kirby: Planet Robobot for ourselves. 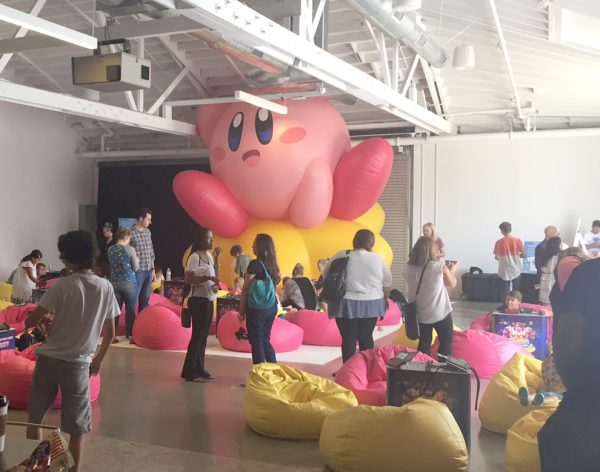 My family is no stranger to gaming nor Nintendo – I’ve owned every console since the beginning up to the Wii U, where both of my boys can interact with games I know are fun and safe for them to play unmonitored. 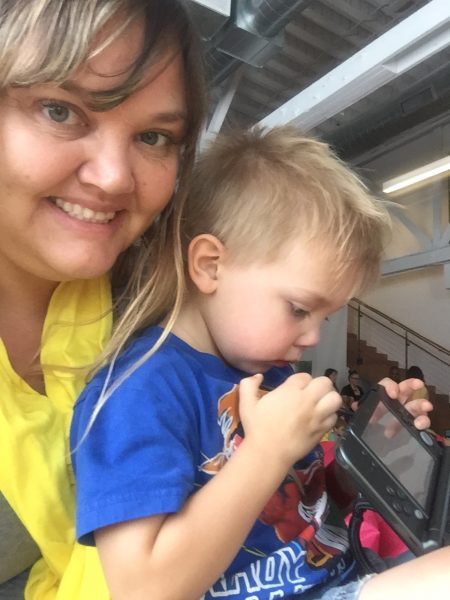 So when my son saw a sea of bean bags surrounding tables with Nintendo 3DS loaded with the newest Kirby – he knew he was set for the afternoon. I had to threaten him with leaving before I could make him take a break long enough to eat half a sandwich. 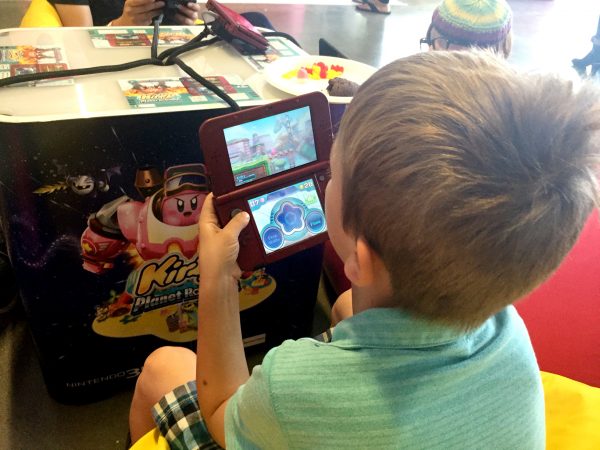 Mine and my 3 year old son’s favorite spot was the candy table – I’m still munching on shiny pink gumballs that look like a pearly Kirby, and Lil’ Wonder is still nibbling away at shades of pink M&Ms. 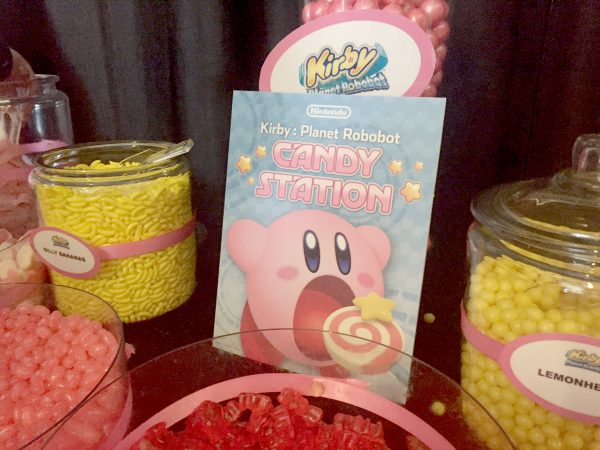 This star-studded event even had an appearance by Kirby – who was big enough to suck up all of his little friends (but thankfully none of that happened. 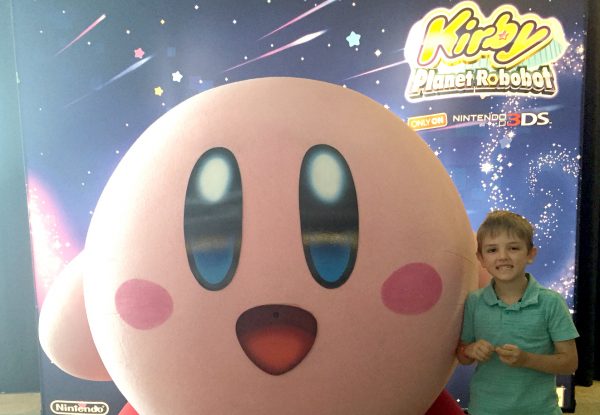 My favorite station was where they were making tee shirts by hand representing four abilities Kirby could use – I picked Poison because, well why not! The boys picked Doctor and Sword. (I loved that one because it was a little Link-ish. 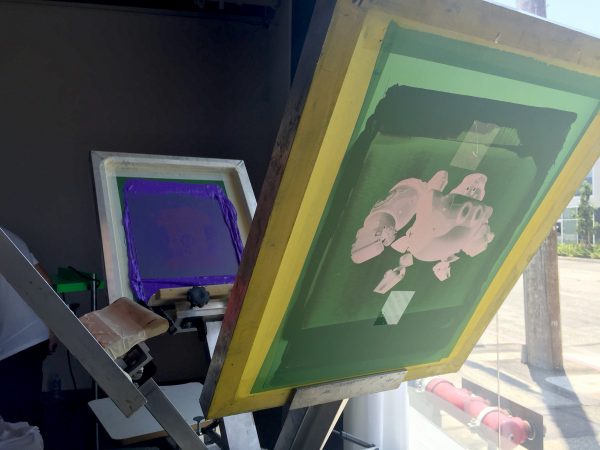 Tune back in a couple weeks for a review of Kirby: Planet Robobot after the boys (and I!) have had a chance to try it out. Thanks KidzVuz for the invitation!