So to begin, this is super late because I went to go hear Marilyn Magness Carroll speak at my local forum event. She is the director in charge of performances for Disney Parks and Resorts, to put her title briefly. Amazing talk.

I’m super into hearing about Disneyland performers because, for a brief couple of days, I was one.

In 1998 I was on the flag team that performed at the reopening of Tomorroland and learned many things, including how Animated costumed characters act without their, uh, costume, and that the lights in the ground around the Astro Orbiter are a great place to sit when it’s 3a.m. And cold.

Alas, I’ve still not found footage that shows us, even though I know we made it on TV. 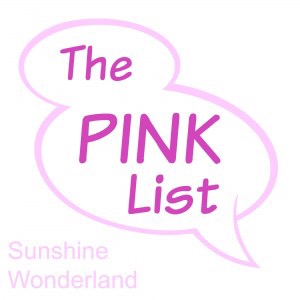 My bloggy friends passed around a link to a gin liquor called Unicorn Tears.

My birthdays next month.
I secretly wanted to be one of those people who made pickles and jams a lot- but have no canning skills.

Instead, I can use one of these and make mason jars into salad jars or dressing bottles or something. Because that’s totally unique, right?
I’m dismayed at the breakfast options at my son’s school that I’ve seen on trays. I’m still on the lookout for what school breakfast and lunch looks like after he extolled the virtues of “school salad” – iceberg lettuce, sliced cucumbers and cherry tomatoes. So I make it that way at home, and when I do he does eat it.

Well, anything to get him eating salad, but this  all-organic district is impressive.

Two things keeping me from these shoes– expendable income and a pedicure since I’ve been running around barefoot all summer.

I’ve been glaring at Mercury Retrograde, which is in Libra for my 10th wedding anniversary and birthday. However, a friend sent me this more optimistic version of how to view the next few weeks. A look at the past and the chance to bring balance and move ahead, to consider where I am and bring closure.

I’ve also been thinking a lot about the Blue Zones since I live by one. I owe y’all a map but I’m having problems with some of the data. Gotta give myself a challenge.