… because on Wednesdays we wear pink. 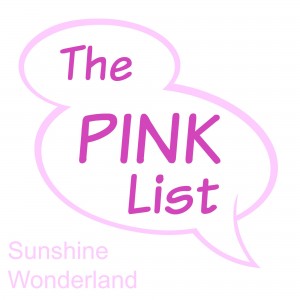 I didn’t see Ladyhawke until after I was dating Mr. Wonder, who brought gems such as Excalibur into my life. (I still don’t get the fascination with Over the Top.)

This is a long but thorough article – Ladyhawke is an epic fairy tale that deserves a look, featuring Michelle Phieffer and Matthew Broderick as an unlikely hero. And its available on DVD and Blu-ray.

I went to a historical home’s fundraiser with my family, where an old classmate and his bro played music for the luau- themed event. They played this and the audience laughed the whole time – and these were people of a generation they probably weren’t that familiar with Goyte from the original round. Check it out, especially if you are a Muppets fan.

I was so sad when Wes Craven died because he brought me Scream, which brought a new kind of horror movie to the screen. I found an article he wrote a few years ago highlighting his favorite horror movies, most of which I had never seen. Look for the inspiration for Last House on The Left in a black and white German film set several hundred years ago.

Which also brings us to the Wilhelm Scream – one of my favorite things in cinema. Once you learn to recognize it, it’s practically a drinking contest (but do not try it during the next 13 minutes of clips featuring it)