Megan Me, Myself and I, Parenting 0 Comments

I wore holes in my favorite jeans.

It’s wasn’t really a shock. They’re Old Navy jeans and I had them for years, but they had become a part of me as anything else in my wardrobe, almost constant companions. 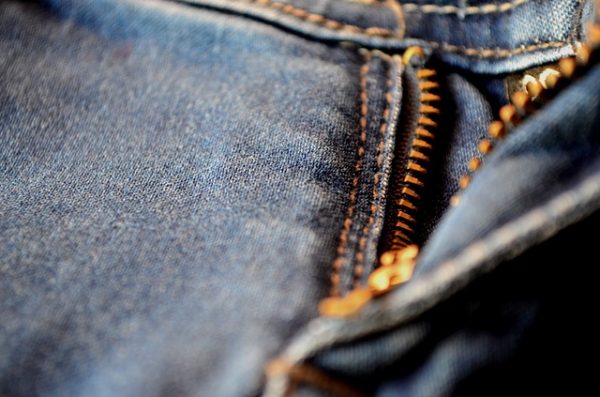 The zipper had stopped staying up and after probably embarrassing myself several times finding them all the way down, I had resorted to using a hair tie looped around the zipper pull and around the button to keep them up. And kept walking around like nothing was wrong at that point, pulling up the waistband constantly because my muffin top is not disappearing like I thought it would.

Usually I made a hole in a knee – popular in my active youth. Or I had even wore out an old pair at the stitching that held on the back pockets – those I had worn until I realized my sons preschool teachers had seen flashes at pink at drop off and they didn’t make it to pick up. Wearing out jeans is inevitable.

But these, my favorite pair of jeans that still had a decent dark wash to them – I had wore them out at the crotch. My legs rubbed together enough, another fallout from the weight thing,, that they had conspired to defeat the denim that kept them apart.

I could still wear them. Only with a belt because that of that button/zipper issue and the fact that, even though they were cheap they were decently made and fit me at the time and I can pretend they still look that good. I mean, who knows if the zipper stays up and you keep your legs close together when you sit? As long as the illusion remains, they are perfectly good, right?

My jeans are complete allegory for my life right now. I look more or less like I have it together.

But I’m worn out.

There are several Hindu gods and goddesses that are portrayed with multiple arms, showing their different aspects. Sometimes they are portrayed as different identities, ever evolving depending on the narrative.

Balance in unachievable, even to those Hindu gods. Their portrayed balancing act is unattainable. Balance isn’t holding each ball of responsibility aloft equally, it’s taking turns focusing on what is needed. 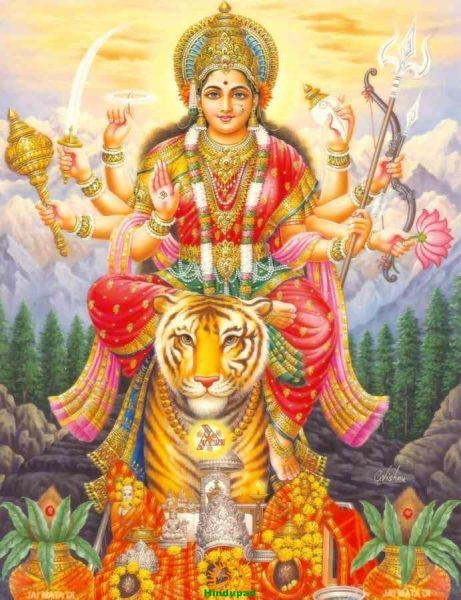 I mean, the reason Hindu deities are portrayed with multiple arms is because it is otherwise impossible to capture all of them in a single artistic expression. Durga, for example, is seen as a mother goddess who protects the righteous and destroys evil. She also has eight arms, three eyes (her third eye is a symbol of knowledge). and rides a freakin’ tiger.

If anyone spoke to me right now, it would be she, as she uses her power to protect devotees and banish away the evils of the world. A protective warrior goddess.

The role my mom filled fell to me even more so, and along with my two little boys I am now helping in other family’s households with grocery shopping and other errands.

The balls I juggle are liars. They seem to fit perfectly in my hand, but only one at a time.

When I throw them in the air, I live for that moment when they hover, when for a moment their momentum and gravitational forces are in neutral territory. When I don’t have to worry about how I dealt with that responsibility or how far or badly I tossed it. and I am at peace focusing somewhere else. Then I try to dive under them as best I can, barely grasping them sometimes before I toss it up with a prayer… then I see another crashing to earth. Over and over.

Its hard needing to be so many things and feeling like I give none of those identities justice, the lotus flower and the sword half forgotten and tumbling from fumbling fingers, unwashed floors, forgotten errands and rejection letters fighting for attention. Constant balls dropped, opportunities missed, goals unachieved.

So back to those jeans. As those jeans started falling apart, I still hoped they’d hold it together like a Hindu god holding all of their arms in perfect formation, even as they frayed at the seams, I still marched on. I wore them all of the time. They were my favorites and I felt they looked the best on me and they still fit. Like literally all the time, because I never seem to have more than a couple pairs of jeans at a time though I wear jeans daily except in the heat of summer.

Sure, I could wear them. If I kept using that little elastic to hold the zipper up, if I never sat cross-legged on the floor with my kids, if I kept my legs crossed and stood up straight just right the illusion remains.

The balls stay up.