97 times we showed up on time.

100 stickers bought at a late shop to CVS. 100 times he counted on his own as he stuck on each sticker in an organized form only known to him. 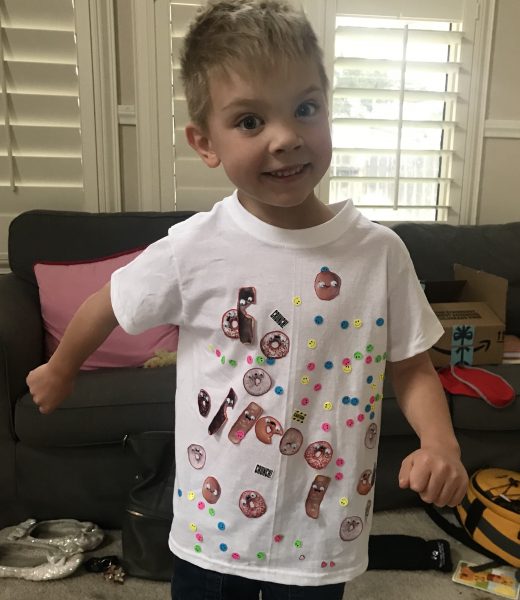 Because last minute I sent a picture to his teacher apologizing for the sticker glitter that would be falling from him today.

100 times I repressed, heated, cursed, and cried over what felt like an entirely personal for him but a lackluster attempt for me to celebrate 100 days for my last kindergartner.

The last couple of weeks have definitely been lackluster- first nursing my eldest through illness, then being sick myself, I felt like I had dropped off the earth.

But celebrating 100 days with this one, the one who refused to write his name and now does easily, the one who now counts to 100 and starting to retain some of those sight words- is a relief and a joy.

Because he started off so far behind, even with two years of preschool, that I spent months wondering if I should have pulled him back. Refocusing constantly trying to show sight words, using our fingers to add numbers together took several minutes for each problem, walking through each step.

He was the first to get a binder full of extra activities in an attempt to find ways he’d want to practice writing and math. In that binder he traced letters over and over just so he would get to use the special marker, and somewhere in there something finally took hold. Sometimes in class he draws inspiration and finishes a sheet so everyone can see how far he’s come from before, coloring attempted to be in the lines and the letters for his name inches smaller than what they started as.

He has failed and succeeded.

He has sat on the chair in the corner and been honored with a gift from the treasure box.

He has progressed, grown, and learned.

2019 Fruits of our confinement