Ten Reasons to get the Nintendo Switch

My eldest and I had a chance to check out the new Nintendo Switch at a press event this weekend, and we were both blown away by what the versatility and ease of the system. 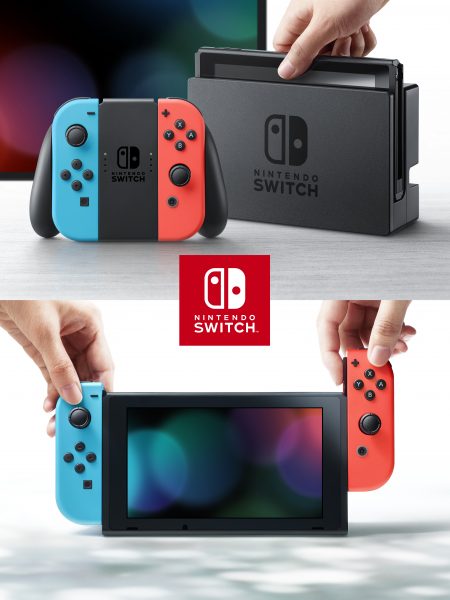 The range of upcoming games and the realm possibility of the redesigned remotes is bringing a whole new level of gameplay to Nintendo, and will definitely attract grown up gamers who want flexibility in their gameplay options.

Here’s ten reasons why we want a Switch!

Breath of the Wild

You GUYS. Seriously, The Legend of Zelda : Breath of the Wild is an amazing, beautiful, flexible and potentially complicated game that will leave problem solvers in a realm of amazing possibility. Most of my 20 minutes was intro story line, but I am completely sold on the non-linear options for the gameplay and cannot wait to get my hands on this title. 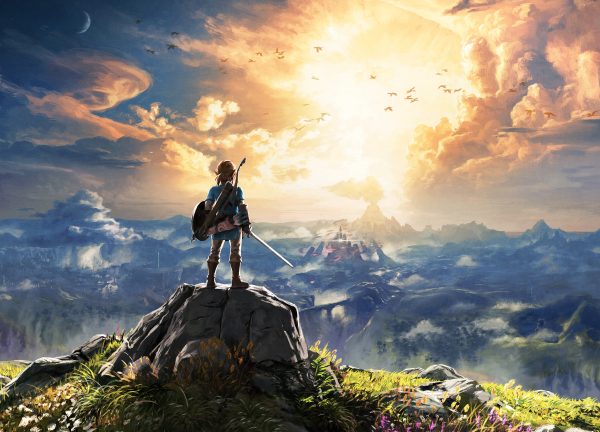 I’ve had discussions with friend on choosing a stationary system versus a portable system like the 3DS. This can do both (the lifespan of the portable starts at 2 1/2 hours, and depending an graphics and gameplay, up to 6 hours).

It Does It All…

We used to hang out with friends on Friday nights and game back in the day before we had kids. This brings me back to this with the one-on-one possibilities, as well as the ability to play on your own without kids bugging you on the console.

And for those dang kids? Bring it with you to Easter and get a half-hour’s peace as they play 1-2 Switch (and entertain the family as well) by setting it up on a table somewhere and handing each kid a remote. 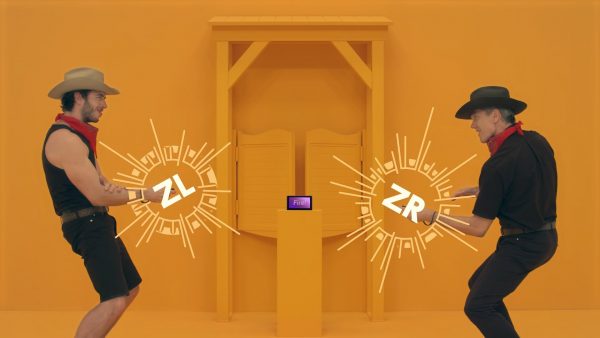 And That Saves You Money

Getting a Wii AND a handheld 3DS/2DS adds up, especially since games don’t switch from one to another. The Switch is $299 right now, which is only $100 than a 3DS and only a little more than a brand-new WiiU.

The Switch has a 720 dpi screen on the console, but I saw games  brilliant and detailed and gameplay smooth on the handheld option.

With my guys, we have definitely done some drop-tests of our own between the WiiU and 3DS. GizmoSlip did an excellent test of the durability of the Switch, and I was impressed with the results (and slightly relieved. Also – entertained – it sure bounced!)

Arms Will Give You Big Ones

I had someone tell me about how they broke into a sweat trying out Arms. We got our hands on it for a few minutes and my son was jumping and shouting and throwing punches, his cheeks pink with the latest version of a Nintendo work-out. It’s coming out this spring, and is ridiculously competitive.  Time to start planning your digital workouts now!

Those Amiboo Are Still Good

Nintendo’s Amiboo options will continue with the Switch, including Legend of Zelda bonuses and characters.  I am unsure how the older ones will work, which I’m sure we we will find out when Mario Kart 8 Deluxe comes out April 28th.

Did your kids play Splatoon as much as mine? Did they lament when they stopped having the special weekends? Mine did, but Splatoon 2 will be here this summer just in time to fill your days with the spunky, energetic music and random squid talk.  (Here’s a hint – every winning team needs a roller. Not two, just one. Trust me on this. For proof here’s us demolishing the competition. Like we always do at Splattoon.

Plenty of Upcoming Titles to Choose From

There’s only a couple titles out right now (Zelda will take up a lot of your time for a while) but there will be many more to choose from soon. So many upcoming games that are a fresh breath of air for Nintendo, from Just Dance to 2017 to new titles from classic series including Street Fighter, Rayman, Tetris, Skyrim, Minecraft, Lego, Sonic and more. We played Fast RMX at the event, and a special edition of Overcooked is one of the titles expected to release later this year on the eShop.