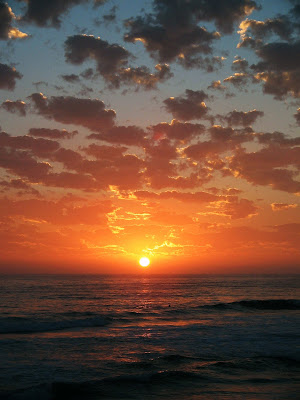 This photo has nothing to do with the post. it’s from the beach house balcony. I just think it’s pretty and romantic!

I’ve been with Mr. Wonder for 13 years… we were high school sweethearts that took our time getting married (Mr. Almost Rock Star said in his best man speech, “It’s about time”).

After exchanging cards and salivating over the candy Mr Wonder got me (I told him no flowers or anything, since I got jewelry at Christmas) we played with Wonder Boy and made breakfast.

A year ago Valentine’s Day was especially memorable for Mr. Wonder and I.
A year ago I gave him a Bumblebee-wrapped gift bag (he loved the Transformer movies, just like he did when he was a kid) and he opened it to look at the back of a expectant father book.
yeah, he was confused until he flipped it over.
And then he was shocked.
I had looked forward to telling him- knowing we were both on board on being parents. he looked at me in disbelief, and I tared up as I told him I was pregnant and got a big hug.
He was so overcome he had to retreat to his man-cave… the garage.
I have to admit, I was upset. Was he not happy? I was overjoyed, and had barely kept in the information for the days I had waited for the testing to be over (Mr. Wonder had asked to not be told till the doctor confirmed it).
A couple hours later, he had calmed down enough to feel bad about his reaction, but we talked and then I understood that he had just needed some time to process the fact that he was going to be a FATHER. What he had looked forward to, righting a wrong and being a stable parent for his small son, would make his world right.
Which he still was processing for the months during my pregnancy, and is still processing. He looks down at Wonder Boy and says, “I can’t believe I’m a father…”.
He is a great dad. The love he has lights up his face when he sees his son, and it light up Wonder Boy’s face as well.
No one can beat out daddy. Except mommy.